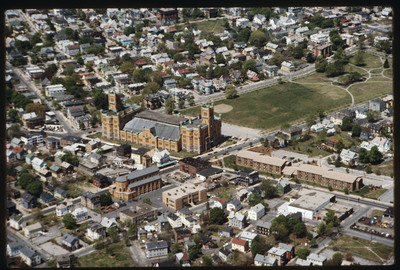 Built in 1907 as the home of the Rhode Island National Guard, the Cranston Street Armory is massive -- 165,000 square feet of space, with a central hall the size of two football fields. Throughout its 90 years, the armory has hosted civic functions for the entire state, including everything from the circuses and track meets to gubernatorial galas and charity events. The National Guard vacated the armory for economic reasons in 1996 and the building has lain vacant since. Although it remains structurally sound, the armory faces maintenance problems that include a leaking roof and broken windows.