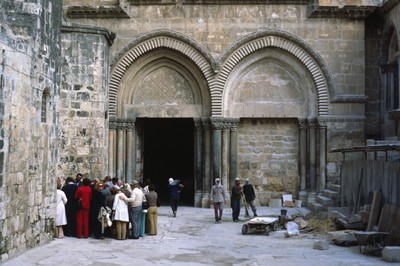 Also known as the Church of the Resurrection, the Church of the Holy Sepulchre is a church built on a site venerated to be Golgotha. It was built in the third century under the rule of Constatntine at the site of Christ’s crucifixion and entombment. The site is believed to have previously been a temple to Aphrodite from antiquity. The church has been modified much over time, but the original basilica was consecrated in 336.