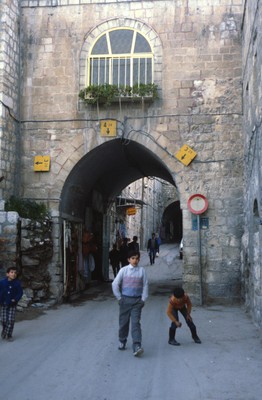 Also know as Lions Gate, St. Stephen’s Gate is located on the eastern end of the Old City. It was thought that the first Christian martyr was stoned right outside of this gate, giving it it’s original name. The name Lions Gate only came about because of the four lions carved out of the surrounding stone based on a dream of Suleiman’s. Directly inside the gate is the Muslim Quarter, while just outside lies the Mt. of Olives.