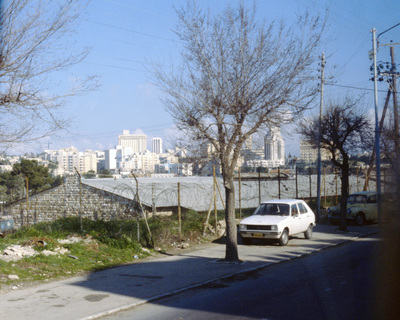 This photograph looks toward the New City district of Jerusalem. In contrast to the historical and religiously significant architecture of the old city, the New City’s skyline is ripe with modernist architecture and skyscrapers in the international style. New City Jerusalem is also the location of the Israeli parliament and many educational institutions.