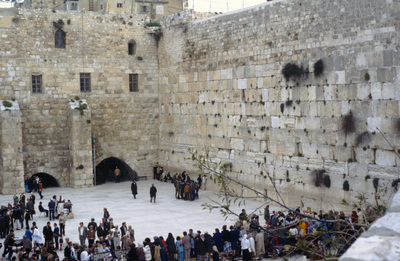 Nestled in the Old City of Jerusalem lays the Western Wall. This wall, being exposed only 62 feet in length, acts as a support for the Temple Mount. Before 1867, it was believed that the wall consisted of 24 rows of stones, making it around 18 meters talll, but after excavation efforts, it was discovered that an extra 19 rows were buried underground. Jewish travelers come from all around to marvel at the wall and believed that the lowest stones, which happened to be also larger than the rest, were once part of Solomon’s Temple.