Jerusalem: Dome of the Rock 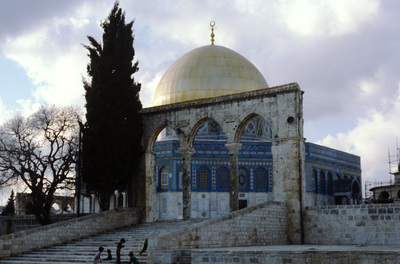 The Dome of the Rock, built over the Foundation Stone, is the oldest remaining Muslim monument. It has been meticulously maintained over the last 1400 years. The dome, spanning almost 20 m, had to be refitted with new ribs to support it after the building settled. The characteristics of the building bear a striking similarity to those of Christian architecture of Late Antiquity. It also incorporates Byzantine elements.