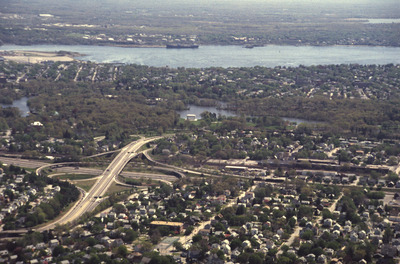 In 1871, Betsey Williams, great-great-grandaughter of Providence founder Roger Williams, gave the city the 102 acre tract of land with the provision that the land be used for a park or cemetery and that a memorial to Roger WIlliams be included. It was constructed in the 1880s. The I-95/R.I. 10 interchange appears prominently to the center left.