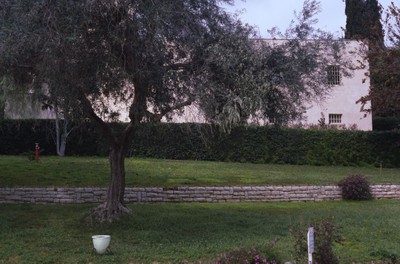 Pictured is a side view of the famous Weizmann House in Rehovot, Israel. It was built for the first president of Israel, Chaim Weizmann and his wife and has since been the official home of the country’s presidents. The house was designed with the international style and has a modern feel to it. It is very simplistically constructed and includes a courtyard that is seemingly enclosed on all four sides. The front face of the house makes this enclosure seem unreal due to its openness and overall unity with outside world. This was what designer Erich Mendelsohn had in mind for this structure when he was designing it.