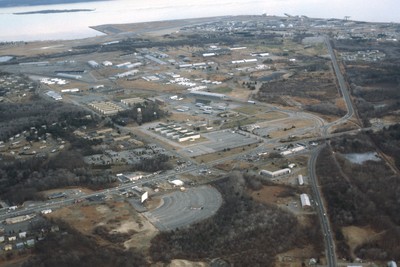 Quonset Point is a small peninsula in Narragansett Bay in the U.S. state of Rhode Island. It is contained entirely within the town of North Kingstown. Quonset Point was the location of Naval Air Station Quonset Point, a large United States Navy base. The peninsula is now used for industrial purposes and is partially abandoned. A major industrial tenant is a hull-fabrication and outfitting facility for Electric Boat Corporation.