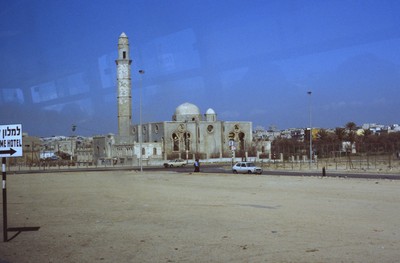 This Ottoman style mosque was built in 1916 by Hasan Bek, the governor of Jaffa at the time. Ottoman style of architechture flourished from the 1550s to about 1700. Certain elements typical of the style include its use of ornamental patterns of plants and flowers. This particular building’s overall appearance includes a total of 1 dome, 1 low tower and 1 minaret. The minaret had to be reconstructed due to a mysterious collapse in the middle of the night. It now contrasts nicely against the square prayer hall. Instead of using the typical yellow-brown limestone, this mosque was uniquely built with a white limestone.