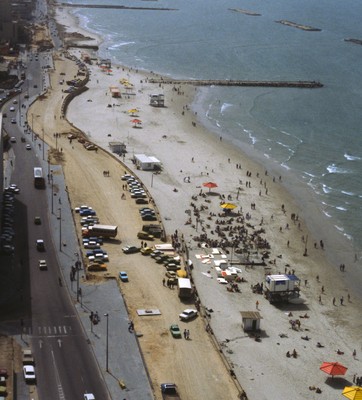 Photographed from one of the many hotels along Retsif Herbert Samuel, the beaches in Tel Aviv are one of the cities main tourist attractions. The beaches are ranked amongst the best in the world, attracting visitors and locals alike and playing a significant role in the city's cultural life.

The economic potential of the Tel Aviv beach was understood early in the city’s development. Development of hotels, sea walls and clubs began in 1936 according to the Gruenblatt Plan.