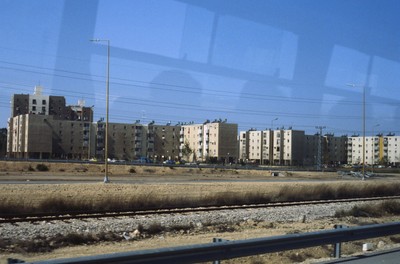 Shown in this picture is the Bauhaus architecture of Tel Aviv. This was introduced to the city during the 1920s and 1930s by German architects who moved to Palestine after the Nazi generation expanded. Bauhaus is a German modernist style of architecture has several distinct characteristics including its use of ornamentation, asymmetry and looks at a building in terms of space instead of mass. They are also usually cubic and contain many right angles.