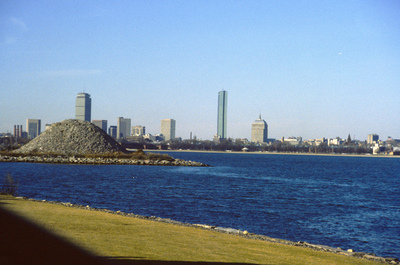 Located on Columbia Point, this is the view of Boston from the John F. Kennedy Presidential Library. Before being redeveloped the site had been a garbage dump. In this view of the Boston skyline are notable skyscrapers (left to right) The Prudential Tower (1964), Hancock Place (1976), and the Berkeley Building (1947).