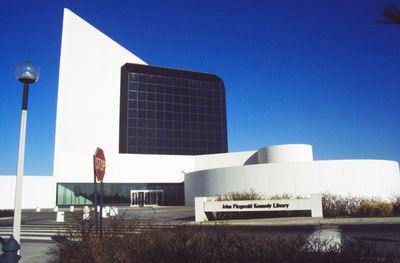 The Presidential Library and Museum of 35th President John Fitzgerald Kennedy was dedicated in 1979, but planning for the library began during Kennedy’s life. He even visited potential locations in October 1963. Kennedy chose Boston as a location because of it’s proximity to scholarly resources, referring likely to Harvard University, which Kennedy had attended and graduated form. However, the location was eventually changed to Columbia Point, nearby the University of Massachusetts. The site had originally been a garbage dump.