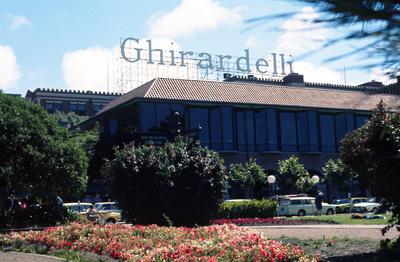 Ghiradelli Square, located in the Fisherman’s Warf area of San Fransisco, was once home to over 40 speciality shops and restaurants. After the square was put up for sale by the Ghiradelli Company, San Fransiscan natives William Roth and his mother purchased the land in 1962. They wanted to keep the popular retail complex and save the area from being turned into an apartment building.