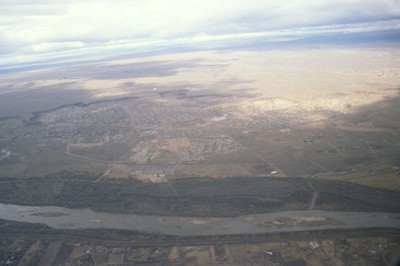 This image is showing an aerial view of the Rio Grande River. It is considered the fourth or fifth longest river system in North America. The river passes through the states of Colorado, New Mexico and Texas, thereby forming a natural border between the United States and Mexico. Since historic time, the river’s flow has decreased significantly due to the extreme water use of surrounding nearby cities. This results with barely one fifth of the total flow reaching the sea.