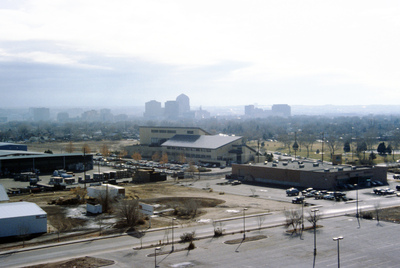 Albuquerque’s skyline in 1993, shortly after construction of the Albuquerque Plaza (1990). it’s distinct shape can be seen in the center in this photograph. While it saw much of the same cycle of decline and urban renewal as many US cities in the 20th century, Albuquerque is currently (2011) the fastest growing city in the country.