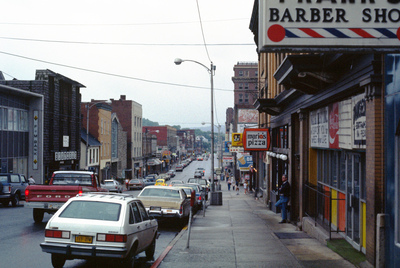 Morgantown is home to West Virginia University and is the largest town in the North-Central region of West Virginia. This photograph looks south on Rt. 119 in the First Ward neighborhood. Many of the businesses have changed since this 1981 photograph, however High St. remains a vibrant commercial district and was refurbished in the early 2000s.