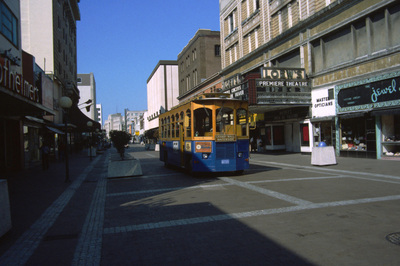 Now the TCC Roper Performing Art Center, Loew’s State Theater opened in 1926 and featured gilded box seats, glass chandeliers and air conditioning. The theater closed in the 1970s and was unoccupied for over twenty years until revitalized by Tidewater Community College. It was reopened in 2000 and has been enjoying a renaissance since.