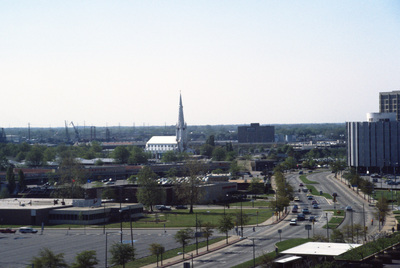 This photograph, believed to be taken from the Crowne Plaza, looks south down St. Paul’s Blvd. in Norfolk. On the horizon is the Basilica of St. Mary of the Immaculate Conception Church. The cathedral was constructed in 1858 after the original structure was destroyed by a fire.