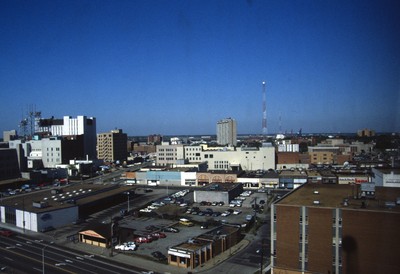 Anchored by Norfolk Scope, the northern corner of town is shown in the aerial photograph. Retail shops outlets dominate the area. Throughout the twentieth century shopping centers in the suburbs continued to draw commerce away from the city. The 1980s and 1990s saw revitalization of downtown with the construction of Waterside Festival Marketplace and a city wide revitalization.