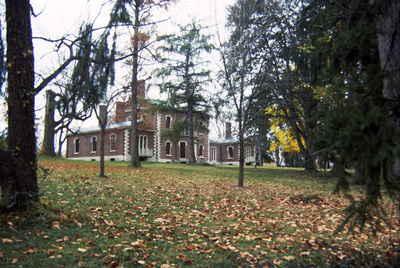 The Henry Clay Estate, also known as Ashland, is the mansion on the plantation owned by Henry Clay, Sr. Henry Clay represented Kentucky in both the House and Senate in the first half of the 19th century. His mansion was originally constructed in 1806 and designed in the Federalist style by Benjamin Latrobe. However, the structure was unstable and his son James had the house razed in 1854, and rebuilt by 1857. The present structure utilized some of the original house’s features, including the floorplan and foundation, but Thomas Lewinski, the houses new architect, updated the house stylistically.