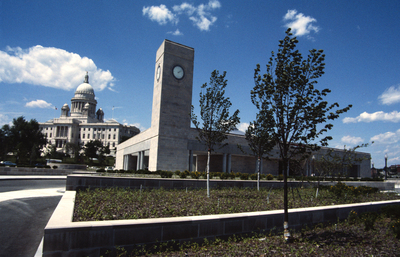 In 1986, the current Providence Station was built to replace the 1898 Union Station, as part of a redevelopment project to free up land from a mass of train tracks that had hemmed in downtown Providence. It is much smaller than its predecessor, reflecting the diminished local role of railroad transit. Designed by Marilyn Jordan Taylor of Skidmore, Owings and Merrill, LLP, local architectural historian William McKenzie Woodward lauds the building for its aesthetics, calling its saucer dome "an obvious yet very gracious gesture toward the (Rhode Island) State House."