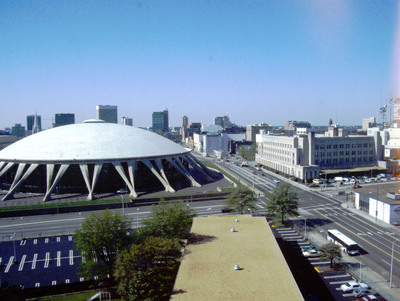 When it was opened in 1971, the Norfolk Scope, a multipurpose arena, was the second largest complex in Virginia after the Pentagon. The Scope also has the world’s largest concrete dome. Designed by Italian architect Pier Luigi Nervi, it was modeled after his Palazzetto dello Sport used at the 1960 Summer Olympics in Rome. The Scope is a reconfigurable arena, which hosts entertainment, sports, and conventions. Construction costs for the dome was largely covered by federal funds.