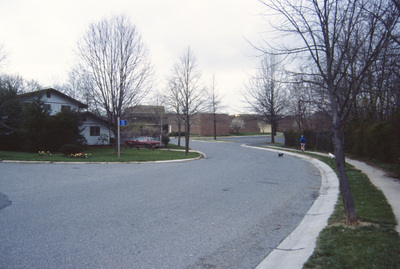 Columbia was creator James Rouse’s greatest accomplishment, and an experiment with not just a planned community, but a planned city. The city was ‘opened’ in 1967. It is a city made of ten self contained villages. This 1983 photograph shows Bryant Woods Elementary school, which is a part of the Howard County Public School System and not managed by Columbia itself.