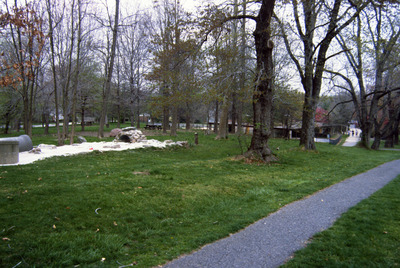 Columbia is a planned community in Maryland. It was opened in 1967 and designed as a group of ten self contained villages. The concept was James Rouse’s way of making the city feel like a small town. Each village has walking and biking paths in addition to shopping centers and recreational centers. This photograph shows one of the villages paths and public land.