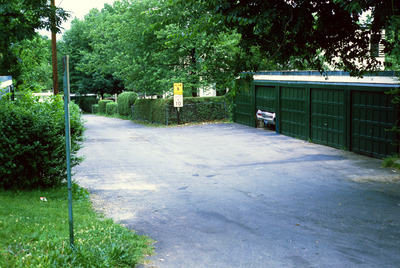 This photograph shows a problem common in many new towns built in the early the twentieth century. As expendable income increased, planned communities modeled on Garden Cities were not able to accomodate either the amount or size of automobiles owned by each family. In this instance, a vehicle is not able to fit in a garage in Greenbelt.