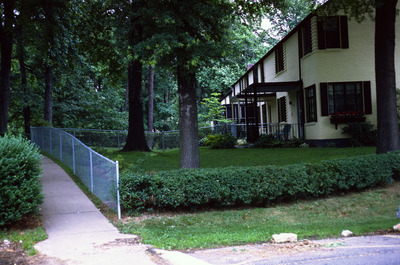 Greenbelt is a planned community in Maryland, created as part of the New Deal during the Roosevelt administration. This photograph shows a well cared for home in Greenbelt, which was built as an American Garden City. Garden Cities, the brainchild of Sir Ebeneezer Howard were popular at the turn of the century as urban planners sought to combine the conveniences of urban life with the pleasantry of country living.