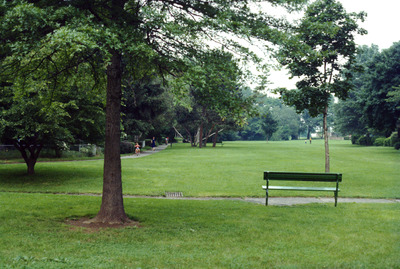 Radburn, a planned community in New Jersey, has over 23 acres of parks within it’s boundaries. The planners felt that with this much open space, residents wouldn’t need large yards, and therefore the homes are very close together, and relatively small by modern standards. Radburn also separates it’s pedestrian and motor traffic. In this image we not only see one of the community parks, but also the pedestrian roadways that connect the community.