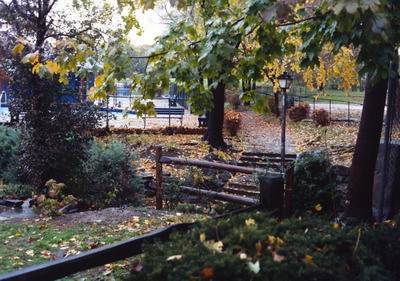 Radburn is a unique planned community that separates motorized transportation from pedestrian traffic. In this 1979 photograph Smolski shows a section of the pedestrian road that passes a swimming pool. Radburn was influenced by England’s Garden Cities and New Towns, which attempted to create communities in which people and nature lived in harmony.