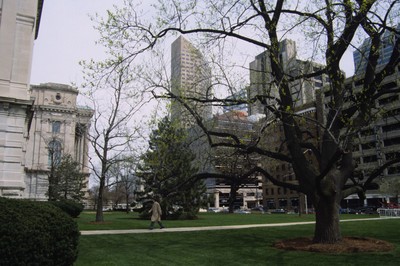 Photographed from the lawn of the Indian State Capitol is the One America Building, the state’s tallest building from 1982 to 1990 when it was surpassed by the Chase Tower. At the left of the photograph is an example of the Neoclassical facade of the State Capitol, designed by Adolph Scherrer and Edwin May in the late nineteenth century.