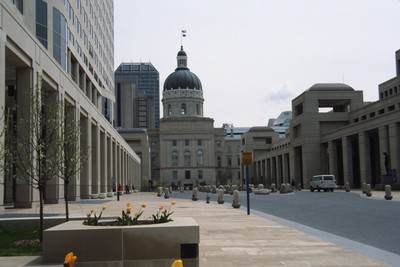 The Indiana State House is the fourth structure to house the Indiana government, and has been the current State House since 1887, a year before the buildings formal completion. Designed by Edwin May in 1878, the building utilizes an extended Greek cross floor plan and is capped by a dome in the Italian Renaissance style. May died in 1880 shortly after the cornerstone of the building had been laid. The oversight was then handed over to Swiss born architect Adolph Scherrer, who oversaw the construction and made changes to the details of the façade.