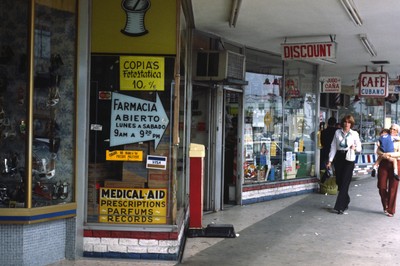 During the 1960s and 1970s large numbers of Cuban immigrants moved into Miami, many of whom settled in a neighborhood of Miami that came to be known as Little Havana. This photograph from Downtown Miami is Smolski’s illustration of the Cuban influence on the Downtown culture.