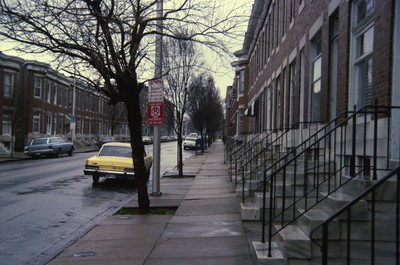 Row houses were popular in urban areas of the East Coast throughout the 19th century. Baltimore’s urban landscape has the best representation of the row house architecture, varying from grand manses to middle-class homes in various architectural styles. The row house is characterized by its distinct construction, individual homes joined by a “party wall”, or shared wall connecting two units built on or around the same time. The row houses stretch end to end along city streets and are two or more stories in height.