From Capitol Steps and Mall 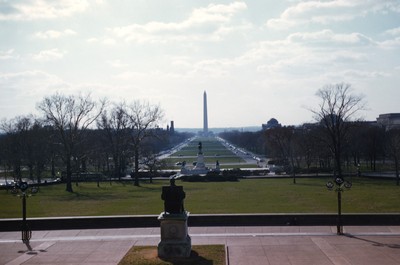 The view from the Capitol steps overlooks the National Mall and the George Washington Monument. The plan for the National Mall began at the very end of the 18th century with the vision of Pierre Charles L’Enfant. Many years and political events, including the Civil War, intervened with the plan and completion of the Mall which did not arrive until the late 19th century. The National Mall was added to the National Register of Historic Places in 1966.