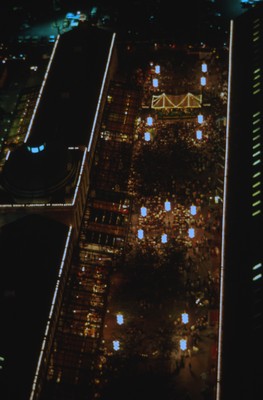 Faneuil Hall and Quincy marketplace are historic buildings built in 1742 and 1826 respectively. They were saved from demolition by efforts of concerned citizens in the 1970s as well as an interest by the city to create public/private partnerships and restore "forgotten" buildings during a period of cut funding.