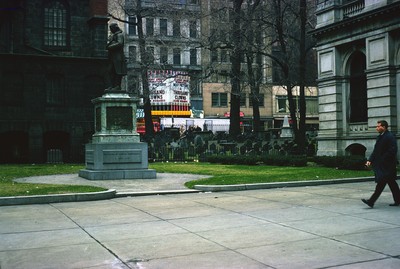 King’s Chapel was originally a small wooden chapel located on the corner of Tremont and School street (1630). Construction of King’s Chapel “Stone Chapel” began in 1749 and was completed in 1754. The burial ground originates around the wooden original, as it is the resting ground of the first Boston mayor, John Winthrop (1649). The statue is of Benjamin Franklin, Boston born but Philadelphia deceased and buried in.