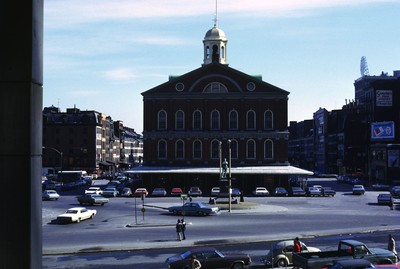 Faneuil Hall, gifted to the city by merchant Peter Faneuil, has existed since 1742 as a market and historically political oratory space, used for meetings and speeches by Boston Tea Party revolutionaries to later abolitionists like Frederic Douglas and the Massachusetts Anti-Slavery Society. The building features Georgian architecture and was restored in the 1970-1980s by public/private cooperation as the cutting of state funding affected other ability to urban revitalization.