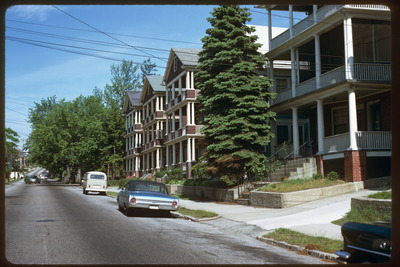 The triple decker, a house accommodating three units, emerged as a distinct form as early as the 1890s. Primarily a tenement, they are common throughout urban areas in southern New England. These triple deckers on Eaton St. were likely demolished during construction of Providence College’s East Campus.