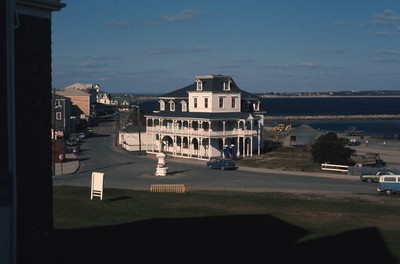 The City Drug Store is one of the late nineteenth century buildings located in the Old Harbor District. Development, which was rare in the first half of the twentieth century on the island, is taking place around the square in this photo from the late 1970s.