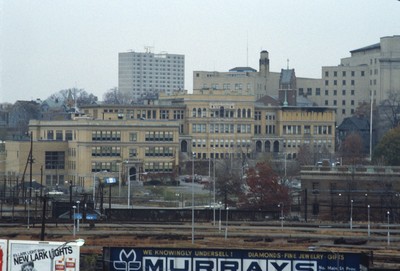 During the 1958-1959 academic year, the college moved to its current location on a 180-acre campus in the Mount Pleasant Section of Providence. The entrance to the John Nazarian Center for the Performing Arts incorporates a portico from the 1898 building.