The World War I Monument by Paul P. Cret 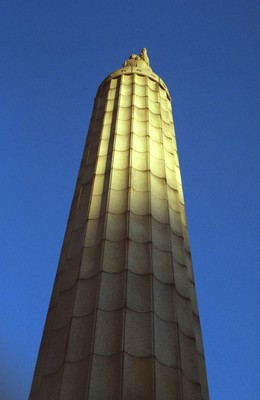 The World War I Monument designed and created by architect Paul P. Cret and sculptors C.P. Jennewein and Janet de Coux stands before the Providence County Courthouse on Benefit St. The monument, originally located in Post Office Square (renamed Memorial Square at the sculpture dedication) was created in 1926 as the result of a competition for a monument to memorialize those who served and died in World War I.