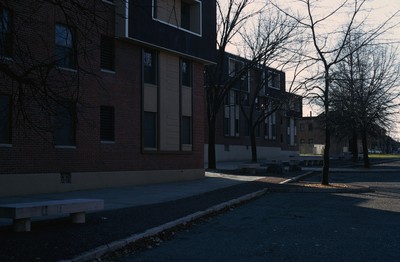 Renovated units in the Roger Williams Homes housing project in South Providence. Many of these units were destroyed in the 1980s after decades of neglect, however these renovated units were spared and later became the Sharlotte Woods Elementary School.