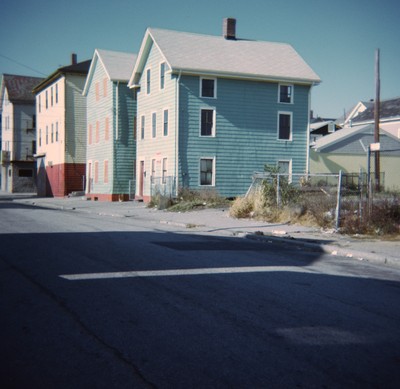 During the late nineteenth century, the rapid industrialization of Providence spawned a number of inner-city neighborhoods close to the center of commerce. As immigrant populations began to settle in Providence, those who had been living in the city for many years moved onto newer tenements. Each wave of newcomers occupied the cast-off residences. Over the years, as residents moved to suburban settlements, many of these inner-city tenements began to deteriorate. The sturdiest of the tenements built during that time still remain today. (date of photograph is approximated)