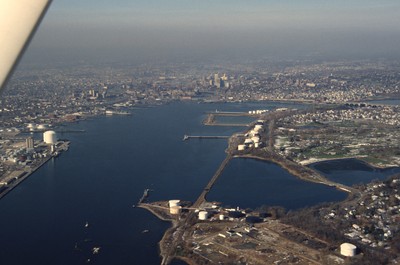 The Providence River flows from Narragansett Bay and splits into Woonasquatucket and Moshassuck Rivers, which go through Providence. When it was founded, the Providence Harbor played a significant role in the growth of fishing and trade in Providence, as it was more protected from the severe weather conditions of the sea than the Newport Harbor as well as having Colonial forts on either side of the river to protect from the British. In the 1980s the river was one affected by the River Relocation Project and slightly redirected.