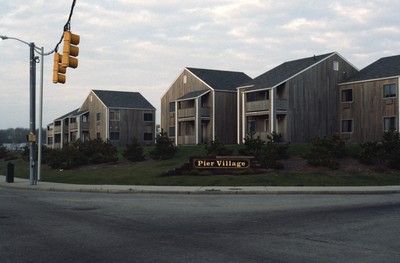 In the late 19th century, summer visitors began flocking to the Narragansett shore for a reprieve from city life. The Seaview Trolley Line from Providence to Narragansett began in 1900 and greatly increased the number of seasonal visitors. The grand wooden hotels and homes that lined the Narragansett Pier during this time were either destroyed by fire or demolished by the 1930s. The 1970s brought developers to the area who created mall-like housing and shops known as The Pier Village Apartments.