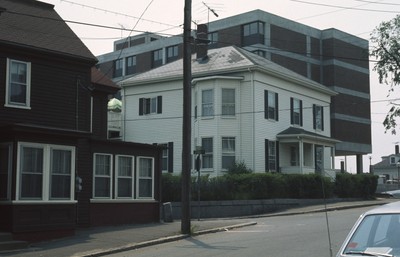 Gloucester is located on Cape Ann in Massachusetts. Once known at “le beau port” by settlers, Gloucester became one of the ship building capitals of New England in the 18th century. Two major fires -- one in 1830 and one in 1864 -- destroyed many of the buildings along the harbor. Fortunately, many buildings in the historic West End survived, as they were brick and granite structures.