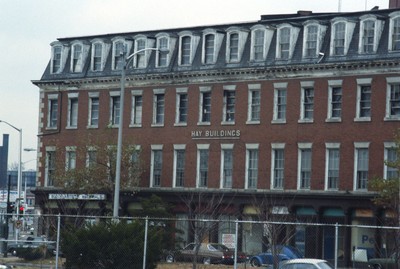 Designed by James Bucklin, the Hay Block (1867) is a Second Empire commercial building composed of red brick with granite trim. On the street level are cast iron storefronts.

The Hay Block was then “married” to Stone and Carpenter’s Owen Building to form “one trapezoidal whole.”