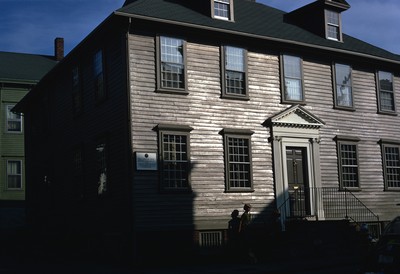 Originally built in 1721 and enlarged around 1745, this historic home on the corner of Division and Mary St, was owned by Augustus Lucas, a slave trader. His grandson, Augustus Johnson, later owned the house. Johnson was appointed stamp master in 1765 and was driven from town by riots in response to the Stamp Act later that year.