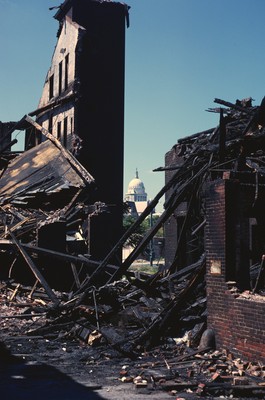 Randall Square was a site of dense industrial complexes which included these mills that were destroyed. Most of the land in this area was either underused or vacant much like many lands in Providence during the late 1960’s. Plans for redevelopment had begun in 1964, however before these plans were put into action, a fire struck in 1971 demolishing the area except for two small buildings.